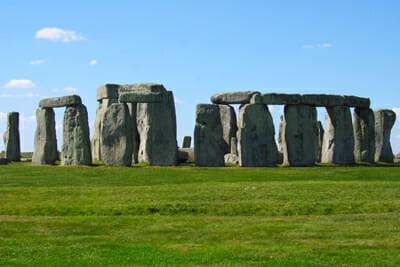 Tattoos Have Been Around Since Stonehenge!

Tattoos have come an awfully long way in the last few years and are quickly becoming part of mainstream culture in the West. Now it’s common to walk past people in daily life and see that they have tattoos. So just how far have they come?

Tattoos are believed to date back to Neolithic times over 5,300 years ago where people were traditionally tattooed for healing purposes. Their history is almost as old as sex toys although that story of ancient craftmanship must be saved for another day. ‘Otzi the Ice Man’ was discovered in 1991 encased in ice and from the Neolithic period. He has 57 visible tattoos on his body, and is the best preserved corpse for that time period. All of Otzis tattoos are on afflicted areas of the body and would have been placed with herbs for healing purposes. The marks themselves are made from charred residue that would remain with the scar made from incisions on the skin.

Tattoos continued to be used through other ancient time periods including the Pazyryk culture. Mummies excavated from caves bore various markings consisting of mythical and indigenous animals that were thought to have magical significance. Tattoos on the mummies were also believed to be a reflection of ones status during their life. Carried through to Egyptian times tattooing was found on female mummies who were associated with ritualistic practices. The tattoos were often markings consisting of lines and dots on various parts of the body. 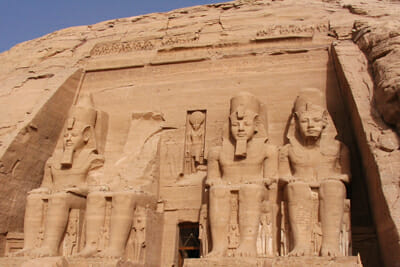 Tattoos were generally used for healing purposes and protective purposes during the ancient times. Warriors were often covered in them to protect them from battle wounds whereas other wore them for spiritual protection. After the Egyptians form of tattooing it soon became adopted by Japan around 3000 BCE where they too tattooed for spiritual reasons. By 297 CE however tattoos were looked at by the Japanese as decorative pieces rather than for spiritual significance. The Horis – Japanese tattoo masters took tattooing in a totally different direction as they created the full body suit with imaginative designs and spectacular colours.

Tattoos continued to be used through various countries and cultures across the world. In Africa scarification was used to make raised marks on the skin that were used to represent local traditions and tribes. The Romans took on another form of tattooing whereby they branded slaves, convicts and prisoners with letters on the head. This made those with the marks permanently stigmatised making it impossible for them to hide their status from others. 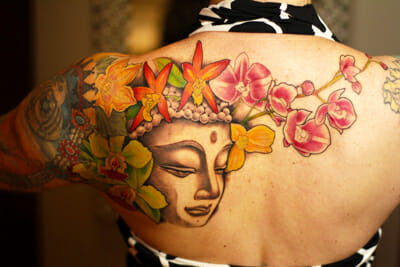 By the time tattooing made it to England it was only those in a service that sported them. Sailors were most commonly known for tattoos, and those who were in the circus. It was very unusual to see women of any kind with one; there were only really tattoos for boys. Other popular audiences for tattoos were gang members and criminals. For this reason, tattoos were often frowned upon and associated with thugs. However, some tattoos were also seen as cultural, with many tattoos being used for cultural purposes and are known to have hidden meanings behind them. For instance, Russia is known for the matryoshka nesting dolls, and have adapted the iconic visage into tattoo form over the years. These dolls have several different symbolic meanings, but the most popular and important is family, with some adding the joke that it’s more important and better than vodka.

How times have changed. Tattoos are now one of the most popular forms of body art to be seen and people of all backgrounds and statues have them, for instance, favourite tattoos for bodybuilders show that anyone and everyone enjoys tattoos in the modern day. They are worn by people of all ages and genders and are seen as works of art. They are vast becoming a form of beauty and representation, a way to express one’s self and a way to be individual. Although there are still issues around tattoos they have become far more acceptable than they ever have been and the future is looking bright for them.

About Emma Clark, Author of “From Stonehenge to Today: Tattoos Through Time”:
Emma is a keen writer who is passionate about tattoos and piercings. She currently writes for Barber DTS, suppliers of tattoo and piercing equipment.

Is There A History Behind Your Tattoo?