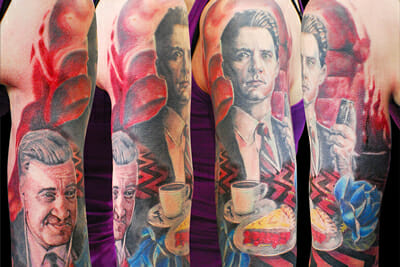 While some people get tattoos on TV (think L.A. Ink) others get tattoos inspired by TV, as a loving tribute to their favorite shows and TV characters. At least the following TV tattoos are inspired by iconic shows were likely to remember years from now, rather than passing trends. I’m an avid watcher of great TV shows, watching way more than the latest cable TV data statistics 2020 report suggests people in my age group do. However, I haven’t contemplated getting a TV character tattooed on my body just yet!

Besides the hilarious caption in oh-so-serious Gothic font, the other quirk-tastic thing about this tattoo is that the flags behind Judge Judy look like bat wings. We all love Judge Judy and know that it is real, not just an act, so this tattoo is incredible! 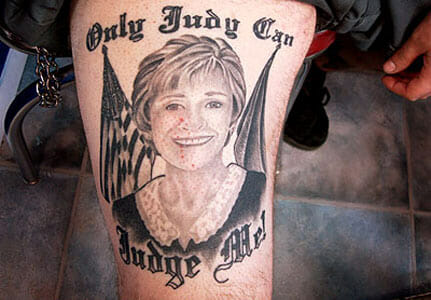 9. Chris Hansen Why Dont you Have a Seat (To Catch a Predator)

People who get TV tattoos generally fall into one of two categories: genuine fan or ironic hipster. Were guessing the person who got this tattoo falls into the latter category, considering Chris Hansen is accompanied by Pedo Bear. 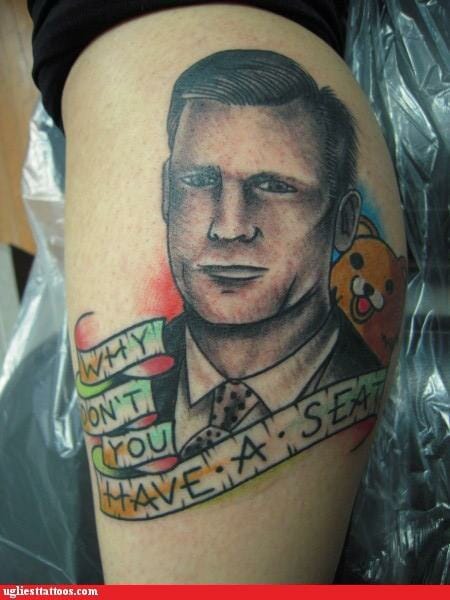 The worlds first licensed “Analrapist” and self-diagnosed Never-Nude has made a lasting impression on someone literally. Side-effects of getting a Tobias tattoo include turning blue and acquiring cat-like reflexes.

Next to tattoos of The Golden Girls, Dexter tattoos are probably the most popular TV tattoos at least on the Internet. It was hard to choose just one, but this design got singled out thanks to its vibrant colors, attention to detail, and the warm, nightmare-inducing horror that floods your body just from looking at it.

6. Zack Attack (Saved by the Bell)

Sooner or later, someone was bell-bound to get a tattoo inspired by this show. What makes this one particularly clever is that the graphics behind Zacks face resemble the neon ’80s decor of his favorite hangout, The Max. 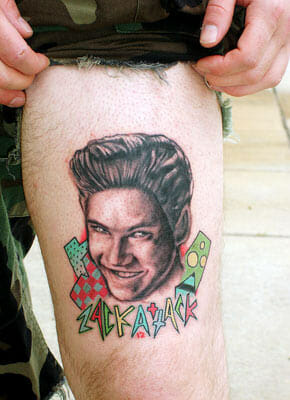 Saved by the Bell Tattoo

If youre going to get a tattoo to commemorate an artistic genius, then your tattoo needs to be a work of artistic genius itself. We like the use of Vandyke brown in Bobs hair. He would have wanted it that way.

4. *TIE* Stay Gold and Thank you for Being a Friend (The Golden Girls)

There are so many tattoos of The Golden Girls out there that we selected these two based on creativity and best use of Mt. Rushmore and someones legs. 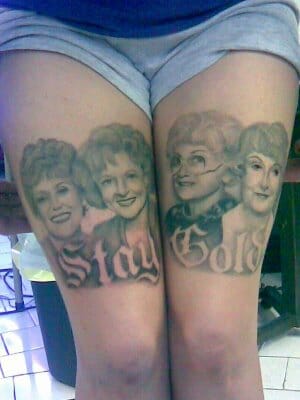 These three photos all show the same arm, from different angles. Some of the iconic Twin Peaks images packed into this tattoo include: the blue rose, cherry pie and coffee, and even the graphic floor from Another Place.

This die-hard Buffy fan opted for the cartoon cast of characters rather than the live action TV characters. Though the death is your gift quote is deep, we would have gone with this much-more-profound quote by Cordelia: “Gym was cancelled due to the extreme dead guy in the locker.”

Here we have the ultimate in meta TV tattoos: a tattoo of the character, Tattoo from Fantasy Island. The person who got this tattoo reportedly dedicated it to his Pops who gave him the brilliant idea, and also claims to have tattoos of his mother, grandmother, and exes.

About the Author of “Top 10 Tattoos Inspired by TV Shows”:
Lisa Forester blogs for Satellitetv.com and is seriously considering getting a Judge Judy tattoo.

What do you think about these TV-inspired tattoos?