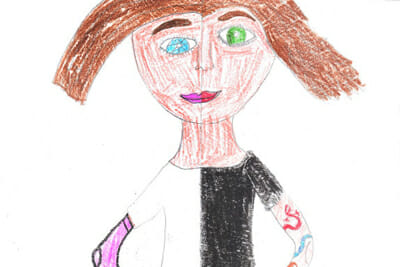 Tattooing has been practiced for centuries by numerous cultures throughout the world. Ancient Egyptian mummies have been excavated bearing tattoos and Julius Cesar actually described tattooed Germanic tribes in 54 BC. Some cultures believe that tattoos have magical qualities and adorn themselves with tattoos for protection or good luck. In many societies, both ancient and modern, getting a tattoo represents a rite of passage.

Today tattoos have become commonplace and are a prominent part of our mainstream culture. According to the American Academy of Dermatology over 35% of Americans between the ages of 18 and 29 have one or more tattoos. One out of every eight adult Americans has a tattoo and the percentage of adults with tattoos is even greater in Britain and Australia. Popular shows such as LA Ink and Miami Ink have brought tattoo culture to a massive audience.

Despite all these statistics, tattoos are still not commonly accepted in the workplace. Quite a few employers do not permit visible tattoos. This means that millions of people all over the world make an effort to conceal their body art on a daily basis. Employees working in such fields as health care, shipping, banking, retail and the service sector often have to maintain two personas in order to keep their jobs. One persona represents the professional image they must project and the other persona represents who they really are.

About the Author of “Tattoos Culture and Acceptance”:
Talal “Trip” Albagdadi is a freelance writer that contributes regularly to Tat2X.

Is your ink accepted at work or school?