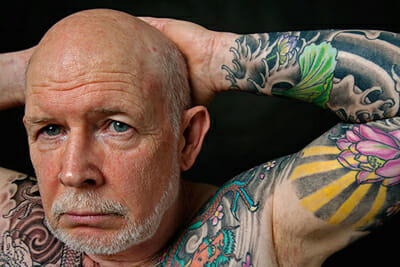 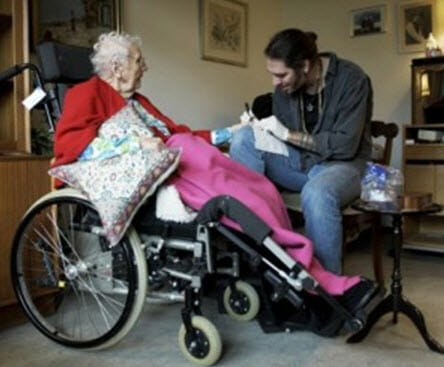 During the last couple of years tattoos have been gaining widespread appeal and acceptance. While its no surprise tattoos are especially popular among’st the younger generation, they’re also gaining in momentum with the 50+ age group. Men and women in their 50’s are changing their attitudes about tattoos and are inking up.

Take Mimi Rosenthal, she got her first tattoo when she was 99 years old; it was a dime-size butterfly on her ankle. Rosenthal, now 101 has a total of three tattoos a larger butterfly she got on her 100 birthday and a sunflower to celebrate turning 101.

Rosenthal admits to not always liking tattoos and blames it on the generational divide: according to Life Magazine, only 6 percent of the population had a tattoo in 1936– this number has more than tripled since.

Michelle Gallo a tattoo artist at Requiem Body Art in Spring Hill Florida says most of her clients are in the older bracket.”We see a lot of women in their sixties and seventies getting their first tattoos.”

With 6 percent of the 64 and up crowd, fifteen percent of Baby Boomers (44-64), and 32 percent of Gen Xer’s (30-45) sporting tattoos, Florida retirees are hardly the only mature first-time tattoo seekers.

About the author of “Mature Ink – Your Never Too Old”:
Nicole Bodem is a freelance writer and a regular contributor to the Tat2X blog.

How old were you when you got your first tattoo?