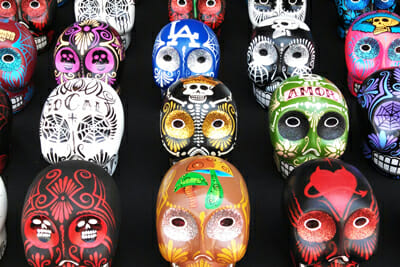 The Offspring hit the main stage at 9pm on Sunday night to wrap up the last day of the Ink N Iron Kustom Culture Festival in Long Beach, California. Dexter Holland and the rest of the band were in rare form as they tore through their extensive library of California punk rock hits like “Self Esteem” and “Gotta Get Away.” In terms of music alone, Ink N Iron truly lived up to its’ billing as the “Grandaddy of ‘Em All.” The lineup of bands on the main stage included timeless and prolific rockers like the Dead Kennedys, NoFX, Bad Brains, The Stranglers, Iggy and The Stooges, Rocket From The Crypt and Sublime with Rome.

If you weren’t there for the music then there were plenty of other attractions including the crème de la crème of burlesque stars performing in Sin Alley on the Queen Mary herself. It’s almost certain that the Scottish ship yard workers that built the Queen Mary in 1934 never dreamed it would house hundreds of tattoo artists in hosting one of the largest celebrations of tattoo culture in Southern California and the world. The pride of the Cunard White Star Line served as the perfect backdrop for the Kustom Culture Festival.

Day of The Dead Skulls at Ink N Iron

Car junkies were able to their fix at Motorama. Hundreds of custom classics were on display under the Queen Mary Dome as well as an exhibit on the history of drag racing and car clubs in Long Beach. One of the most respected and heralded car clubs in custom hot rod history the Renegades were formed in Long Beach in 1941 by five high school friends. In 1959 the Renegades were chosen as “America’s Car Club of The Year.” Drag racing enthusiasts also got their fill at the Lions Drag Strip Display. The dragsters were fired off several times a day just to remind everyone what real power sounds like.

If that weren’t enough there was also a festival outside with hundreds of attractions plenty of delicious food and some of the best people watching Southern California has to offer and that’s saying something. Rockabilly swingers, vintage 40’s pinups, Rasta reggae dread heads, beautiful tattooed goddesses, muscled beach bums, Goth girls, punk rockers, Steam Punk tweakers, hippies and all around amazing people were on display all weekend long. Everyone was ready to show off their ink and pose for a picture at the drop of a hat. If you couldn’t find what you were looking for at Ink N Iron then you’ll probably never find it.

About the Author:
Trip Alba has written numerous press releases and featured articles for various online and print media outlets. He is a regular contributor to the Tat2X Tattoo Culture and Style Blog.

What do you think the best tattoo convention is?