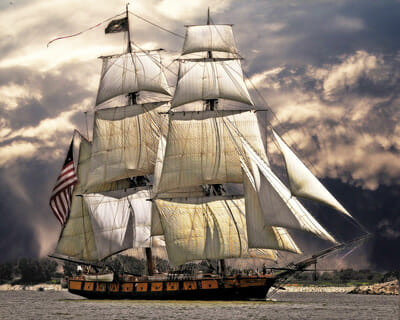 Like most things in life, certain tattoos begin with a certain meaning, and, as time goes on, that meaning is watered down and lost. No one genre has suffered more from this social ailment than sailor tattoos –they’ve been insanely popular for years. Think about everyone you know who has a nautical star, anchor or swallows. Have you ever asked them what those tattoos mean or if they know what the tattoo’s origins are? Chances are, the symbols will be linked to a personal story or preference. Often left out of these explanations is the time-honored meaning of nautical tattoos like the nautical star, single anchor, swallows and more.

When ships sank, it usually spelled doom for sailors, who often drowned among wind-whipped waves. Guess who survived? Very few sailors. However, tradition says it was roosters, pigs and other animals who survived because the crates they were in managed to float on the water’s surface. It’s for this reason that sailors will tattoo a rooster on one foot and a pig on the other. “The foot tattoos of pigs and roosters were worn by sailors in WWII in the hopes it would keep the sailor from drowning,” Military.com’s James Barber wrote.

While there aren’t that many of us who have a rooster on one foot and a pig on the other, the anchor is pretty much a universally loved tattoo. Many people think the anchor is just a generic nautical symbol, but it actually goes deeper than that, so to speak. If you read up on liquor site Sailor Jerry, they’ll tell you that the anchor is a sign of stability. Get “Mom” tattooed across it and you’ve got the one person who keeps the sailor grounded.

However, we’ll take the side of Military.com here.

“A single anchor means the sailor crossed the Atlantic or has been a member of the Merchant Marines, a fleet of civilian ships that carries military cargo,” Barber wrote. “In wartime, this fleet is mobilized to carry war material, including troops and supplies.”

The Scuttlefish, whose article on sailor tattoos appeared on The Atlantic’s website, also concluded the anchor signified crossing the equator or employment in the Merchant Marines.

Another somewhat ubiquitous tattoo you’ll often see are sparrows, although you may never have known they had their origins among sailors. You see, when sailors traveled 5,000 nautical miles, they got a sparrow as a sort of badge of honor. The more sparrows, the more experience and the more respect that was one. Sailor Jerry adds some lore and science to this symbolism.

“Swallows are also associated with the idea of return. This ‘return’ symbolism is rooted in two ideas. The first was the swallow’s famous migration pattern, always returning home to San Juan Capistrano,” the site wrote. “Second, it was believed that if a sailor dies at sea, birds carry his soul home to heaven.”

The star is one of those sailor tattoos whose meaning has become extremely watered down over the decades. The meaning of this tattoo is very similar to the compass rose. According to The Scuttlefish, the star “was traditionally given so that a sailor could always find his way home.” For the sake of being specific, we’re not just talking about any star, but the nautical one. It has five points and alternates between dark and light colors.

This is one that also has the classic feel of the anchor but many people mistaken it as just another nautical-themed tattoo without any real meaning. The truth is, a sailor received a tattoo of a fully-rigged ship when he sailed around Cape Horn, quite possibly the most tempestuous corner of the world’s oceans. 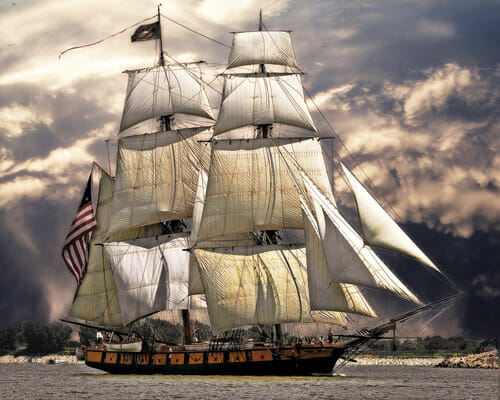 How volatile are the waters around Cape Horn?

In a 2016 article about the world’s most dangerous waters, U.K. newspaper The Telegraph said random winds sweep through the region and create brutal waters and big waves.

“It’s the infamous williwaw winds which make rounding the Horn so difficult; common and treacherous gusts which strike with little warning, with the geography of Cape Horn requiring a route straight through the fiercest of them,” the paper wrote. “And of course, bigger winds, mean bigger waves.”