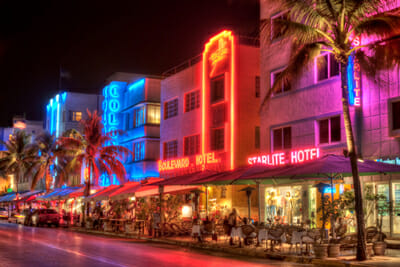 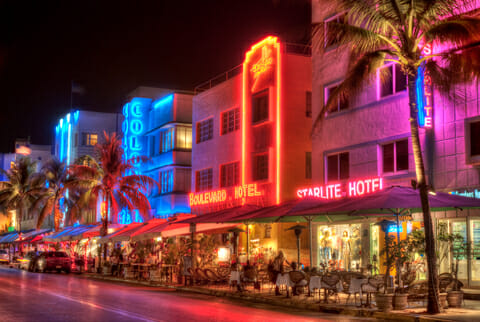 Some people think tattoos are a work of art, others think their tacky. Regardless of your opinion they’ve become a huge part of popular culture. With over 45 million Americans sporting tattoos have you ever wondered which cities are considered the most tattoo-friendly? Total Beauty (.com) conducted a study; did your city make the list?

10. Los Angeles, California Home to one of the most famous tattoo strips, Venice Beach and popular tattooed celebrities like Angelina Jolie and Kat Von D. L.A.s tattoo-friendly vibe is hard to find elsewhere.

9. Kansas City, Missouri Has roughly six tattoo shops per 100,000 people, a thriving under 30 population, more than 10 colleges and universities as well as a happening performing arts scene.

8. Honolulu, Hawaii Aside from its gorgeous beaches and its amazing weather, Hawaii has a large amount of tattoo shops, 6.5 per 100,000 people.

7. San Francisco, California Consider home of the eccentric, San Fran has 7 tattoo parlors per 100,000 people. The Bay Area was even mentioned as the only American places in Matador Nights’ “Five Destinations for the Tattooed Traveler,”

6. Austin, Texas This increasingly hip college town and “Live Music Capital of the World” is visited by young, “artsy” tattooed people from all over, at least once a year, at its South by Southwest festival. Austin has 7.5 shops per 100,000 people and a population of mostly 25-44 year olds.

4. Flint, Michigan One might think that Detroit would out rank Flint but surprise, Flint wins for the most tattoo shops per capita. Here again, it may have a lot to do with their most popular age group being 25-44-year olds.

3. Richmond, Virginia Averages 14.5 tattoo shops per 100,000 people and that’s just within the city itself! Likely booting their numbers is the large arts and college community.

2. Las Vegas, Nevada With 94 listed tattoo shops and the host of the biggest tattoo conventions, Its no surprise that sin city makes the top of the list.

1. Miami Florida Coming in at number one is home to TLC’s Miami Ink and the famous South Beach, this party town has a ton of tattoo shops. Averaging 24 shops per 100,000 people, Miami Beach is dense with ink.

There you have it, a list of places where it’s perfectly acceptable to have tattoos.

About the author of “10 Most Tattoo Friendly Cities”:
Nicole Bodem is a freelance writer and a regular contributor to the Tat2X blog.